Selection at the 8th photography contest of Dax on the theme "Photo-Graphic" during the 4th "Photography Festival" of Dax. 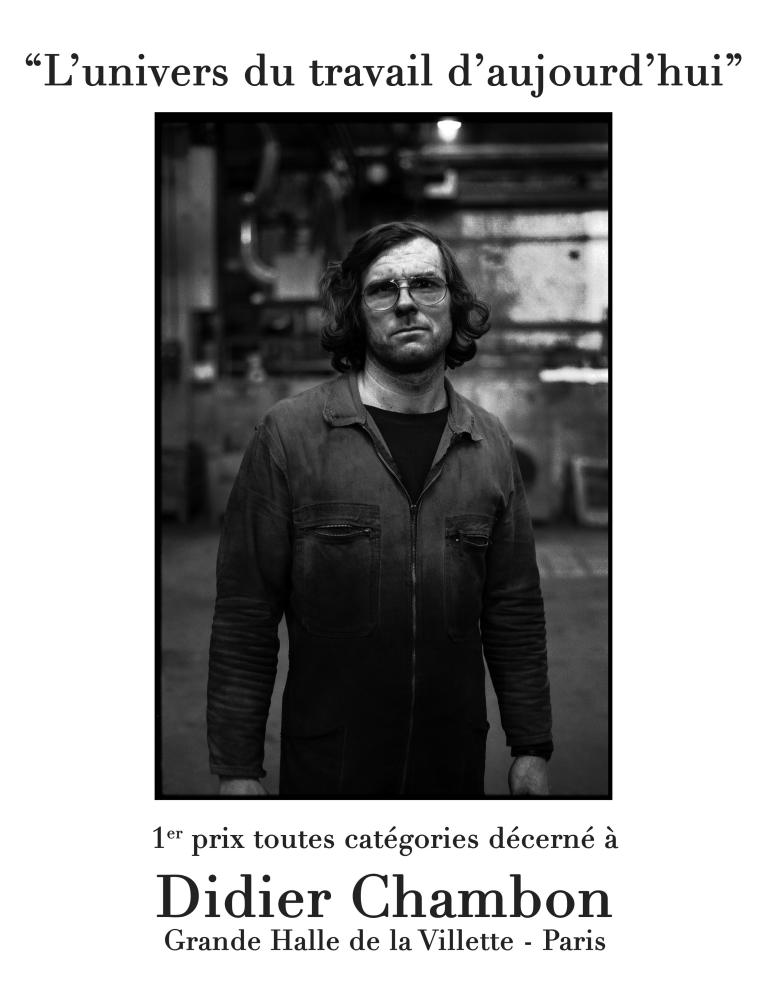 1st prize all categories of the contest on the theme of "The world of work today", awarded by Mr. Jorge Semprun, writer, Mr. Ivan Levaï, director of the newspaper "La Tribune", Mr. Jean-René Masson, president of the Forum, and Mrs. Nicole Notat, General Secretary of the CFDT, during the presentation of "1 rue de la Fonderie" at the Grande Halle de la Villette in Paris in March 1997.

The images, texts and videos presented on this site are protected by copyright, pursuant to Articles L.112-1 and following of the Code of Intellectual Property. Under no circumstances may you use, copy, reproduce, modify or distort these works or the elements that compose them, including on the Internet, without the prior written permission of the Atelier de la Photographie or the copyright holder. the Atelier de la Photographie or the rights holder reserves the right to pursue any act of infringement of its intellectual property rights, including in the context of a criminal action.